PROPERTY RIGHTS: The son of the original landowner said the KMT acquired the plot of land in Taipei at no cost after his father refused to accept a court-enforced sale

The Ill-gotten Party Assets Settlement Committee is to reopen an investigation into the Chinese Nationalist Party’s （KMT） acquisition of the land housing the party’s National Development and Research Institute to determine if it involved any impropriety.

The committee is to hold a hearing in May and if the acquisition was found to have involved an abuse of government power, the KMT would have to return the illicit gains, committee spokeswoman Shih Chin-fang （施錦芳） said yesterday.

Yeh Sung-jen （葉頌仁）, son of the original landowner, filed a complaint with the committee in October last year, accusing the KMT of illegally seizing the property.

Yeh accused the KMT of attempting to force his father to sell the land to it for NT$191,100 （US$6,178 at the current exchange rate）, or about NT$5 per ping, well below the market value at the time, which was NT$200 per ping.

His father was unwilling to sell the property, but the KMT nonetheless had the land transferred into its name and deposited NT$19,000 — about one-tenth of the amount stated in the contract offered — with the courts, Yeh said.

The elder Yeh refused to take the money, which, in effect, allowed the KMT to take over the property without compensation, his son said.

Yeh Sung-jen sued the KMT in 2007, accusing it of abuse of power and demanding that it either return the property or pay NT$78.56 million in compensation, but a court ruled in favor of the KMT, saying there was no proof that Yeh’s father had been forced to sell the land.

Shih said the court ruling centered on Yeh’s demand to return the property to his family, instead of determining if the acquisition involved abuse of government power, which would be the focus of the committee’s investigation.

“If the rights of the people involved in the acquisition were infringed, we would seek to have [the KMT] return [improper gains] in the spirit of transitional justice,” she said.

The committee would seek to determine the legitimacy of the acquisition, and it would hand over any new evidence to the judiciary, she said.

The case would be the committee’s first attempt to address cases in which a final court verdict was handed down.

The KMT responded angrily to news of the probe, with Culture and Communications Committee deputy director Hu Wen-chi （胡文琦） accusing the committee of rehashing old issues.

“The KMT disapproves of how the committee has let its administrative power override judicial authority and how the Democratic Progressive Party is trying to reheat leftovers,” Hu said.

The KMT has claimed that Lee instructed former KMT treasurer Liu Tai-ying （劉泰英） to sell the land housing the Broadcasting Corp of China, which the party used to own, on Taipei’s Renai Road in 1999 at an unreasonably low price to a construction company.

As about NT$290 million of the money from the sale was allegedly later given to the Taiwan Research Institute, the KMT called on the committee to also determine if the institute is an organization affiliated with the KMT. 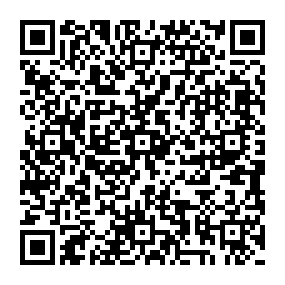